He hadn’t been just my brother. He had been like my father, since our own father had died when we were so young. As you have read, my brother was an anger inside of me, a tough will for something, a person to impress, and the example of how crazy could be transferred into positive momentum in the classroom. He had charisma but a fault of staying loyal to the streets’ code that halted him from evolving. Growth was not his goal. On the block, Jeff marched around with a heavy-duty steel link chain wrapped around his neck. He checked gang members by petting them on the head, yet if you would stand up to him, he would smile. He wanted you to fight and to hold dignity ‘cause that was all you had if you were living that lifestyle. Once upon a time, in his 66 droptop Impala lowrider, Jeff witnessed the cops, as usual, patrolling and marauding through the hood. He decided to turn them into the hunted. Hitting his lowrider switches, bouncing his 3500 pound classic up and down, Jeff pursued and menaced them! On their tail, he flashed his high-beams to let them know they were being stalked. When the cops finally figured out they were being pulled over, Jeff interrogated them and ultimately accepted the hit to jail. Locura was his contribution: this is the unashamed spirit of our streets and community.

When he died, I howled. Perhaps I should have expected his death. I felt proud that I had made him happy during his life, but was ashamed that he died alone. But he was a man who knew we all live and die alone.

Am I praising him? Am I implying I would want my own son to be like him? He could never be him. These are different times, a different place. The Mission as we knew it no longer exists: it has been gentrified—the actual tar and cement rehabilitated by billionaires who have kicked out most of the poor people of color. The property on Mission and 22nd that housed my brother’s insurance business and other Latino owned stores was scorched in 2014, what many in the community theorize is an ordinary arson strategy to boot out the homeys and the gente. So Jeff would not even be able to claim that Mission space. He was an Indio, the worst insult and the highest honor. For better and worse, his legacy remains in me, so he can never be a failure if I refuse to be a failure myself. He branded the locura battle scar upon me. Because I am a homeboy, I do not surrender.

I can’t advocate a norm that would have been better for Jeff, but that doesn’t mean I am a nihilist. Perhaps it is a deceit to not fully address the negative aspects of his life, but if learning has taught me one thing, it is that we will all graduate from life to death. Even with all my education, I must admit, my brother lived exactly the way he wanted. Perhaps he could not see a farther future for himself, or perhaps he felt committed to suffering for suffering’s sake, such an eccentric noble obligation. Although he could not articulate it, he felt the betrayal of this country and of his skin color and of being a cholo, so he forced everything to be extreme, exactly how America makes everything extreme, but for me, through me, he could predict a brighter future. The only justice I can give him is to acknowledge his tremendous impact on me through these words. He was a Mision superstar, a star in his own mind, perhaps the only place where it matters.

Isn’t the truth of education, of teaching and learning, not an objective truth, which is ultimately illusory, but a subjective certainty? Authentic education is a connection between objectivity, intelligence, and your most important person, you, yourself, your most heartfelt subjective emotions. According to what Jeff used to preach, we all matter most individually. Every once in a while, he would declare:

To him the most important truth was subjectivity, but if he could help you get to that truth by showing you to strategize in a brutal, confusing, frightening objective manner, then that was his best. He would, for example, as a prosperous insurance agent, daringly exchange wits with wealthy white businessmen and have them laugh loudly. Because he had fought fires for the California Department of Forestry camps based in rural Mendocino, Lassen, and Shasta, Jeff was not afraid to travel to American countryside towns that did not know brown people, yet he would smile at the folks, and they, most of the time, would smile back. Many street homeboys are afraid to be in an overwhelming white world, but Jeff didn’t accept the excuse that gente should be scared. People, he thought, should love bravely and unashamedly. Even with all my accomplishments, I did not have his magnetism. It was only after my brother’s death that I became a more open, loving man because I discovered that amor is the greatest subjective mystery, feeling, and knowledge. He, his death, was my greatest educator. I had tried to be like the old “Harvard on the Hill” guard, but I learned that students, and even professors, have souls.

(An excerpt from Renaissance Homeboy) 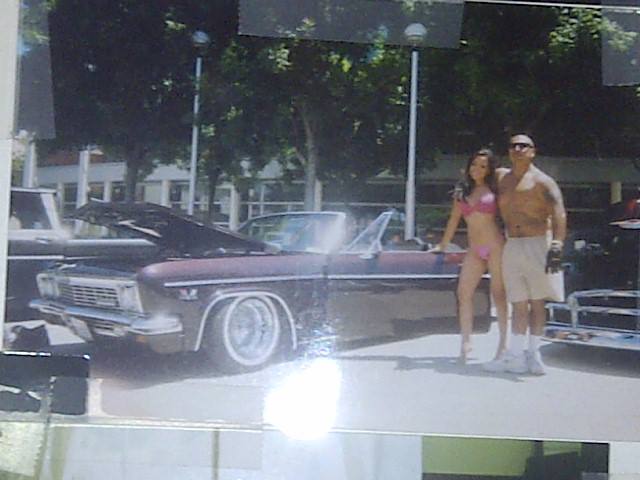